It was a good week for tech world, specially for Microsoft and Apple fans. Let’s just get right into it.

Here are Top 5 noteworthy news around the tech this week:

Initially HomePod was supposed to release in December holidays 2017, nevertheless the premium speaker that barely knows anything outside Apple world is finally here. It released on 9th of February. I’ve written a preview of this little beauty already and review will be coming later as soon as I get my hands on it.

The reason I said the speaker barely knows anything outside Apple world is because the speaker does not support anything else but Apple Music. No Bluetooth support but Airplay. Does not work with any other but iOS devices.

But like me if you are invested in Apple ecosystem, then definately this one is for you. From the early reviews that I’ve read so far, they all say the speaker is fantastic and brilliantly made. The A8 chip that’s in it, auto-magically adjusts to the surroundings and the music it’s playing. I feel we’re entering into a new wave of speaker’s era where no more manually do you have to set equalizer bars, but the speaker itself adjusts to the sound it is producing. Brilliant!

Do check out the preview (link above) I have written for more details.

Microsoft is back with a bang to confuse its users once again. Well not the average users.. we’re talking about OEMs here. 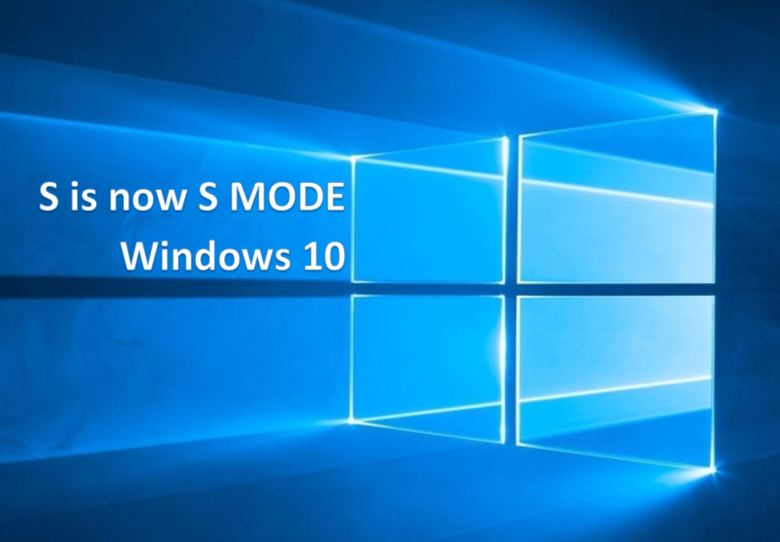 So this story is a little complicated but I will try my best to explain it here.

So last year Microsoft released another flavor of Windows 10 called, Windows 10 S along with the launch of another magical Surface Laptop device.

Windows 10 S was basically a full Windows 10, but without the legacy or Win32 stuff. What I mean, you could not execute or install a Win32 app like Photoshop, iTunes, WinRar, Google Chrome or Firefox. None of these and million other applications, including business essentials apps like some accounting package and all.

The apps you could download however were the Microsoft Store apps, these include Netflix, Twitter, Facebook and many other. Microsoft wants to make Windows 10 a safe place where you are less likely to be attacked by viruses or malicious code. In theory, yes, Store apps are sandboxed, install/uninstall easily, do not go into Registry or DLL hell.

The problem however is, there are very few good apps available in the Store as of now, even what’s available are mostly consumer friendly and entertainment apps. So what about productivity applications? Video editing software, Adobe suite (though Photoshop is in the store), ERP?

Anyways, I will not go deep into this and save for another article focused just on Windows 10 S/S Mode. Windows 10 S is now dead.

It is reincarnated in form of Windows 10 S mode. So what this is means, every Windows 10 flavor or SKU will have a S Mode in it, So Windows 10 Home will have Home and Home S, Windows 10 Pro will have Pro and Pro S.

It will be up to the OEMS what mode to pre-install while selling you a new PC. So a PC could come to you with a Windows 10 Home S (Most likely low end versions). In this Windows 10 Home S, just like explained above you will not be able to run the traditional desktop apps but only via Store. But you could switch from Home S to Windows 10 Home for free anytime and get to on with a normal life, like running all the useful and productive Windows desktop apps like Chrome and Adobe suite.

Switching from Windows 10 Pro S to Pro will however cost you $49 or roughly Ksh5,000. As I said, I will write a post on this explaining in length. 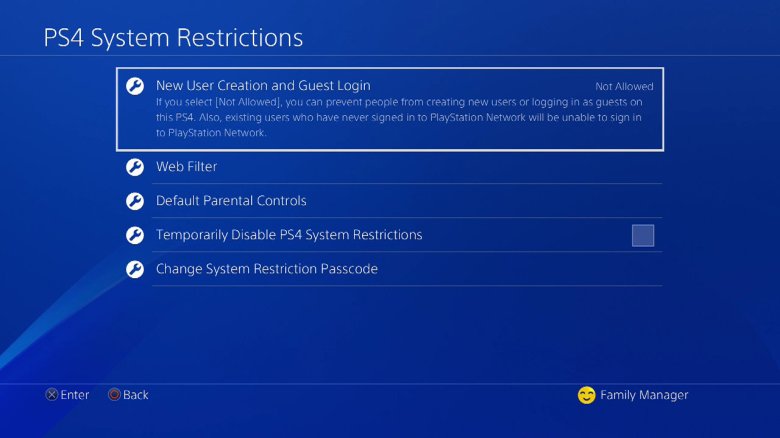 It’s bragging time Windows and Xbox fans, because Parental Controls have been a feature for Xbox and Windows for a long time now. Nevertheless, Playstation this week wrote in a blog post that, “We’re introducing Play Time Management, which will allow family managers (and adult family members who are set as guardians) to manage PS4 playtime for child family members on family on PSN. Managing Playtime is easy; go to Settings > Family Management on your PS4, or log into your PlayStation account on your web browser from your PC or smartphone, to check and manage your child’s playtime each day. If needed, the family manager/guardians can apply playtime restrictions to make sure that the child is only playing for a set amount of time or within set playable hours.”

And it continues, “Notifications on PS4 will be sent to the child during gameplay so that he or she knows when they should save and quit. The family managers/guardians also have the option to add extra game time via their smartphone or PC. In addition, the family manager/guardians can choose whether or not to automatically log the child out of their PS4 once their playtime is over.”

Play Time Management (PTM) is available in beta form in PlayStation 4 update: 5.50. Apart from PTM, there is Library User Interface Update, which now separates Apps and Games installed and contents that are available on your PSN account but downloaded to your console.

I will be writing an article on the PWAs or Progressive Web Apps as I believe this is a very important subject for Microsoft developers and developers in general at large, including myself. Just note, this is the future for App development, be it mobile or computers.

Briefly for those who do not know what PWAs are. So PWAs are modern web app technologies that run on the web but behave like native apps on your devices. For example, a native app would show notifications, take advantage of the hardware and sensors, etc. The best part? They run on all devices. So you write onces on the web and it will run on a mobile device, or a computer.

With the next version of Windows 10 codenamed Redstone 4 (RS4), Microsoft is supporting PWAs in Windows 10 itself with things like Service workers in EdgeHTML 17. In RS4, Microsoft Edge will be able to support PWAs and give web apps a native like experience where they could show notifications through Action Center and even run offline when the Internet is unavailable.

BUILD is back baby, formerly known as Professional Developers Conference (PDC), Microsoft BUILD is essentially a developers conference held annually focusing on new development tools such as Visual Studio and Xamarin, Microsoft Azure, what’s new in Windows 10 for developers and many other. This heaven on earth for developers will take place between May 7-9 in Seattle, Washington. For a full conference pass, you need to pay $2,495, air tickets and accomodations separate for those outside US.