Skip to content
iPhone X sells below expectations, while next Office will only run on Windows 10. What happened to Bitcoin?

Weekend is here folks and there is a lot that went down this week. A bit of good news and a bit of a let downers.

In case you missed some of the news this week around the world, below are top 5 snipets in tech:

Microsoft last year announced that the next major version of the Office suite, Office 2019 will be releasing sometime later this year. If you are running Windows prior to Windows 10, be sure to upgrade before Office 2019 comes out, because, you heard it right, Office 2019 will run on supported versions of Windows 10.

Microsoft earlier this week wrote in a blog post that, Office 2019 will run on:

This is a radical change by Microsoft by forcing older Windows versions to be upgraded to Windows 10 if you want Office 2019.

Granted, selling 77.3 million iPhones in the holidays late last year is something many companies would want for their products. But for a company like Apple, this simply isn’t enough.

Apple made $88.3 billion in revenues last quarter. The company sold 77.3 million iPhones just a little below to the projection of 80 million by the analysts.

Despite not meeting analysts expectations of 80 million units, thanks to iPhone X’s high price, Apple made more money as sales are up by 13% and company’s all time high record of a quarter.

Tim Cook said, “iPhone X has surpassed our expectations and has been our top selling iPhone every week since it shipped in November last year.” Tim Cook also said, the active install base of iPhones now reach 1.3 billion as of January 2018.

Bitcoin enjoyed a lot of attention and interests of individuals and investors in 2017, the year had started with $800. A lot of investors bought into the hype, taking Bitcoin sky high, some going as far as getting loans on their properties to buy Bitcoins.

In my understanding, people have started to back out from the cryptocurrency boom because of not having any regulatories. If you are caught into fraud, you are then on your own. Besides, many countries announced that they would not be supporting Bitcoins, including Korea planning to Ban domestic trading, China doing same and India recently said it does not recognize the digital currency as a legal way of trading.

Windows Defender protects you from Scareware

Good news for all Windows 10 users, Microsoft recently announced that it will be updating Windows Defender, Windows 10’s built in anti virus solution with a feature that will detect softwares that scare its users with various warnings.

You must have come across, at least I have certainly, where you install an “Optimizing” software that is supposed to optimize your Windows to perform better. However, it scans your PC and warns you with various and sometimes dangerous problems. And that you must upgrade (pay) for the full version of the software to remove those dangerous problems detected.

Microsoft says, these softwares that trick or mislead users into buying full versions by scaring them, Windows Defender will detect and remove such applications to protects the users from further damages.

“Programs must not display alarming or coercive messages or misleading content to pressure you into paying for additional services or performing superflous actions.” Microsoft said in a blog post. 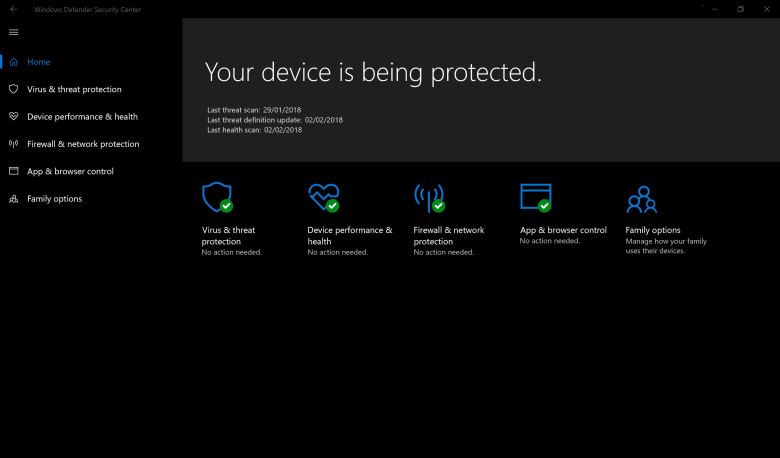 The app is not a true Universal Windows Platform app, but a web wrapper of WhatsApp Web which has been available for a while now.

Nevertheless, the app brings in familiar features that we already know and like:

That’s all for now friends. What else do you think that happened this week that was noteworthy? Let’s discuss in the comments and on:

Have a great weekend!