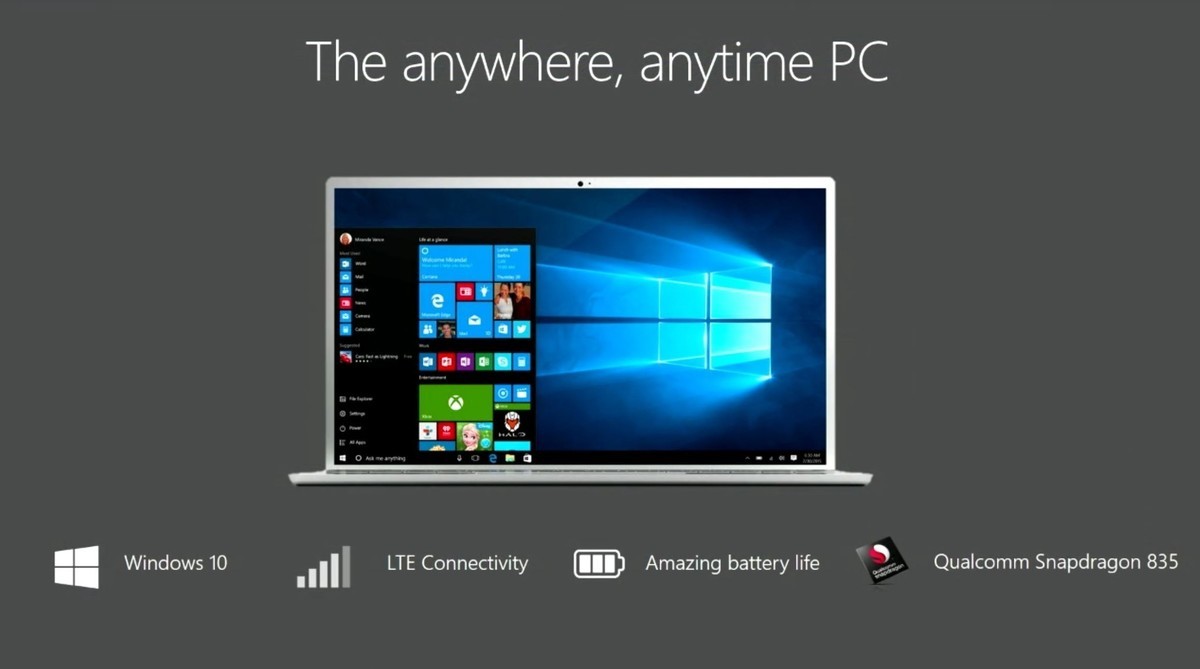 Q1 last year I had written an article on this subject when Windows 10 was still in development for ARM and had analyzed in depth what maybe the pros and cons of taking such a step. For those who wants to know what is ARM and what I had said about this subject before, you can click on this link – Windows Ultimate (Desktop/Phones).

Just a refresher, ARM processors run majority of the smartphone devices today, that is, all iOS and Android devices, your iPhones and Samsung Galaxies run on ARM processors.

Microsoft have been working hard to bring Windows 10, which for the longest time have been running on Intel (x86) chips, to ARM processors. Which means, Windows 10 can be powered by the same processor that runs most of the mobile devices today.

Technically, I must congratulate Microsoft for doing such a tough job. As a software engineer myself, I know how difficult it must have been to make this possible, hats of for this job well done.

What is the benefit to the end user?

There are a number of things that users will get benefit with this, the top most include:

Connectivity: Windows is never popular with always connected device. There have been very few computers that included a SIM slot unlike iPad and other Tablet. Windows has depended mostly on WiFi or Ethernet cable for connectivity.

Bringing Windows 10 to Qualcomm family means Windows 10 enjoys built in LTE connectivity that other mobile devices enjoy. With this, Windows 10 PCs running on ARM will natively support e-sims / SIM slots that is always connected to the internet. Windows 10 Always Connected state can therefore enjoy app updates, Windows 10 updates at the background even when the PC is on standby mode which wasn’t the case with Intel Processors.

Battery: We have all wished our laptops could run for multiple days without having to recharge them. Well, Windows 10 on ARM is said to stream 29 hours of Netflix (shocked?!) or 20-22 hours of mixed usage. This is absolutely crazy numbers. I understand these are numbers on paper, but even if we settle with 17 to 18 hours of battery life, I say that’s a bargain. As Terry Myerson said in a blog post, “We’re again at the beginning of the another major technology shift, the ability to be connected anytime anywhere with Always connected PCs that are instantly on with incredibly battery life.“

Instant-On: Thanks to Qualcomm’s Snapdragon processor, the screen is instantly on whenever you lift the lid. Previously, this has been promised by Microsoft multiple times with almost every major Windows releases but it never delivered instant on.

Early December last year, Microsoft and Qualcomm announced the first wave of Always Connected PCs that will be coming this year (2018) will be by HP, ASUS and Lenovo running Qualcomm Snapdragon 835 processor.

Let’s look at them:

Similar to ENVY x2, it also features 8GB of RAM, 256GB of storage with a slightly bigger display of 13.3 inch. NovaGo does not detach its screen like the HP’s ENVY x2, but it can rotate 360 for tablet mode.

So far, for ordinary tasks (checking emails, watching movies, browsing) the performance looks good. In fact in the video below which was demoed last year, it’s shown launching of Photoshop application which runs just fine which a good sign for version 1 of Windows 10 on ARM.