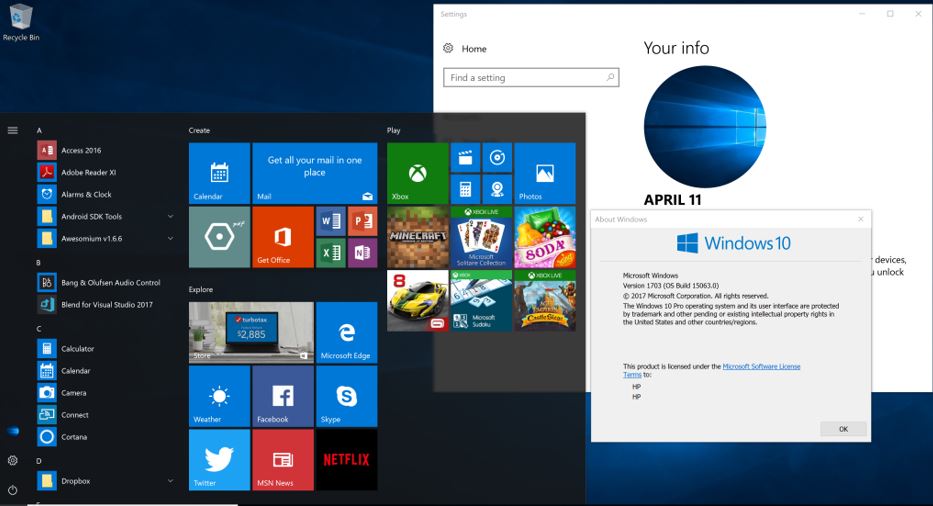 We kind of knew this date all throughout. However, today Microsoft officially have communicated that Windows 10’s latest update, the Creators Update will be releasing on April 11th.

You can read my post on what’s new in the Creators Update.

The release build will be 1703, where the first two digits represent the year, and last two the month. Though it is releasing in April, they first must have planned to release it in March but delayed it to April.

As CU is finished, the Windows development team should soon start working on Redstone 3. Remember, Creators Update was Redstone 2 and Anniversary Update was called Redstone 1.

I am more excited about Redstone 3 than 2 (CU). As much as Microsoft insists that CU is a big update, which it is, however, for the consumers there is very little meat/features to excite them about. My article “Should I Upgrade to Creators Update” explains why you are better off holding upgrading to CU on day 1 release, unless you are a tech enthusiast like me. Otherwise, there is nothing really exciting to look forward to in the Creators Update.

There are couple of neat features, small but good improvements which I have not mentioned in other posts, include:

That’s it for now folks.